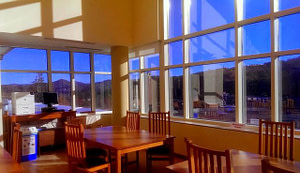 It’s almost inevitable that the conversation continues. About Art. About the way we humans structure things, because our brains were built that way. About the way we choose to structure poems, plays, novels and such. The rocks we use to get to something else. The fire inside that rock. The spirit of stone the best sculptors find and exploit. It was there all along, they say. And the best don’t just say that, they feel it with every fiber of their Being in the World.

The best art is inexorable, inevitable. I first bumped into that idea, at least in that form, in William Barrett’s Irrational Man, a book I’ve discussed in Spinozablue now and then. There are, of course, many ways to think about the inevitable — in life and art, within our brains, outside them, the connections we invent and those we miss. And we miss so many.

Knowing only this culture first hand, growing up only here, I can’t speak to what others assume across the seven seas. But here, I think “results” mean a great deal. “Winning” means a great deal. So if we move from the Arts into Sports, the inevitable takes another turn. That championship season, in basketball, football, baseball and so on, only appears inevitable after the fact. Then the talk becomes destiny, fate, it was written and therefore . . . . But was it? Was it ever a necessary thing that couldn’t have happened any other way?

The meaning is different when it comes to paintings, novels, musical compositions, poems. Primarily because they are made things, shaped, composed to be whole things. By one person more often than not. Not by a team, with coaches, staff, fans. One creator, in a specific time and place, with unusual levels of control when it comes to anything in our chaos-driven life-world. Not total control, of course. No one has that. No one is immune to forces beyond their five or six senses, their eyes and hands and heart. No one has any control over what came before, their birth lottery, the place and time they fell into this moment of Being. All of that is like a tsunami for the lot of us. To think we have even one iota of a say about our conditions is to make Icarus look humble in comparison.

But, I think it’s safe to say, most of us fall for that self-deluding drug again and again. That we do call the shots, now, here, and that what came before us doesn’t matter, didn’t help us or hurt us enough to matter.

Perhaps music is the purest art when it comes to both creation and reception, at least when it comes to the idea of necessity and the inexorable. The frame of the work allows for this. The notes following notes allow for this. The temporal stream gives us a chance to feel what must come next, and if it doesn’t, if we get that off-note, that bitter discordant surprise, and if the composition doesn’t make this work within that frame, it’s not whole and it didn’t have to be just as it was.

A poem comes close. It, too, has that compact space to work within, so we can follow each word, each sound, the sense of the whole almost all at once. But, unlike music, the sour and the bitter isn’t so immediately apparent, and poems don’t bypass our intellectual circuits the way music can. Written works don’t break through our shields, our analytics so easily. Paintings can, at times — the visual can silence us instantly. But I think there is more latitude for them to play with light, shadow, space and form, so the viewer has more of their own space to feel without thinking something’s wrong, something’s off here.

For most serious artists there comes an epiphany in due time, and for some it never goes away: that we desperately want our works to contain all the arts as One, so they have the immediacy, the rush, the power to break down all barriers, to provoke first emotions and last, and that they strike chords with the intellect at the same time. The impossible. Artists seek the impossible. Necessity and inevitability follow their works as long as they carry that task with them, honor this, never let that go.