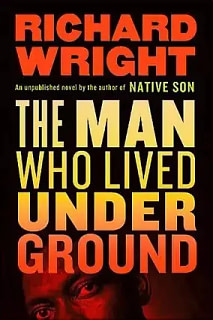 A “lost novel” rises from the ashes, after an inexplicable delay of nearly 80 years. Irony rises too from the American underbelly, given the subject matter and historical context. Blues, Jazz, and Surrealism combine in ways we haven’t seen before. Throw in Crime Noir and we get the Quad.

Brutal cops meet Invisible Man by way of “LA Confidential.” Born already guilty, and on permanent trial in the eyes of the dominant class, an innocent man meets Kafka’s nightmare, sees nowhere else to go but under. Is he Lao-Tzu, Jesus, or Prometheus rising from modernity’s sewers, perhaps to show us the Way? Or is he, Fred Daniels, just a flickering image on the Cave’s wall, to be ignored, mocked, and quickly forgotten?

America in the 1940s and America today. A novel “for our time” then is a novel for all times. We still have two worlds, or more, deeply riven, conflicted, unequal.

The novel begs to be made into a film, but it would be a tricky affair, to say the least. Cinematography should go to a modern-day Caravaggio, and the director would have to understand the interplay of surrealist and noirish techniques, while they integrate social context. Dark City, an unfairly neglected classic, directed by Alex Proyas, could be a useful model.

This Library of America edition includes a revealing essay by Wright, followed by a fine essay by his grandson. Best read, in this reader’s not so humble opinion, after the main work, not before it, though many will be tempted.

The publication of The Man Who Lived Underground is a good day for Literature. A very good day.