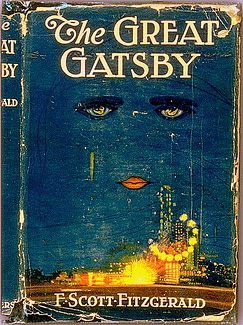 Personally, I have no horse in this race. But I am interested in discussions regarding the best of the best. Not that any of them are definitive, or even particularly enlightening. They do, however, seem to spark interesting dialogue.

A friend of mine sent along an online article about a panel discussion on the topic of Great American Novel. The Cultural Center of Cape Cod recently had a battle of the books, with five English teachers guiding the debate, and some one hundred people in the audience.

Some excerpts from the article:

“Moby Dick” had the home court advantage according to Rick Porteus, who teaches at Dennis Yarmouth High School. “Two months ago the Massachusetts state legislature voted ‘Moby Dick’ the epic of Massachusetts,” he said.

Porteus discussed the connections “Moby Dick” has to the Cape and Islands, including the story of the Essex, a Nantucket whaling ship that was sunk by a sperm whale. The crew resorted to cannibalism. The Essex was one of the two inspirations for “Moby Dick.”

Porteus looked up ‘great American novel’ and discovered the phrase was popularized around 1868. At the time that Melville was writing “Moby Dick,” he and Nathaniel Hawthorne discussed who would become “the American Shakespeare.”

“Melville in all humility set out to be that person,” Porteus said.

Melville is a great choice. Great as in size, too. It’s a whale of a book. Snicker snicker. Another teacher chose Twain.

Ultimately it is the growth in Huck as he travels down the Mississippi with Jim that makes the novel so important. “When Huck decides after reading a letter from Miss Watson that he’d rather tear it up and go to Hell than betray his friend, a black boy, that to me is the most profoundly moving statement in all of American literature.”

Three more to go. I can’t post the whole article, even though it’s very short. If you care to weigh in here, please leave comments, your picks, or your complaints if you have them about the very concept of “Great American Novel”.